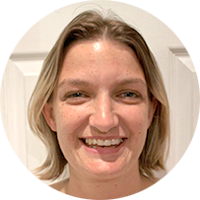 During her time at Salford University she also completed the necessary training through the Wigan and Leigh College to be awarded a Diploma in Reflexology; in August 1999. Kirsty has been a member of the International Council of Holistic Therapists for over seven years, and is now a member of the Society of Reflexologists in BC with insurance through Lloyds.

Completing her degree gave her the inspiration to pursue further training within homoeopathy; having focused on this therapy in her final year at university.

As a practitioner Kirsty is continually developing her knowledge and skills through attending seminars, courses and peer reviews. She would welcome the opportunity to discuss how Reflexology may be of benefit to you.

Kirsty is available on Thursdays and Fridays.